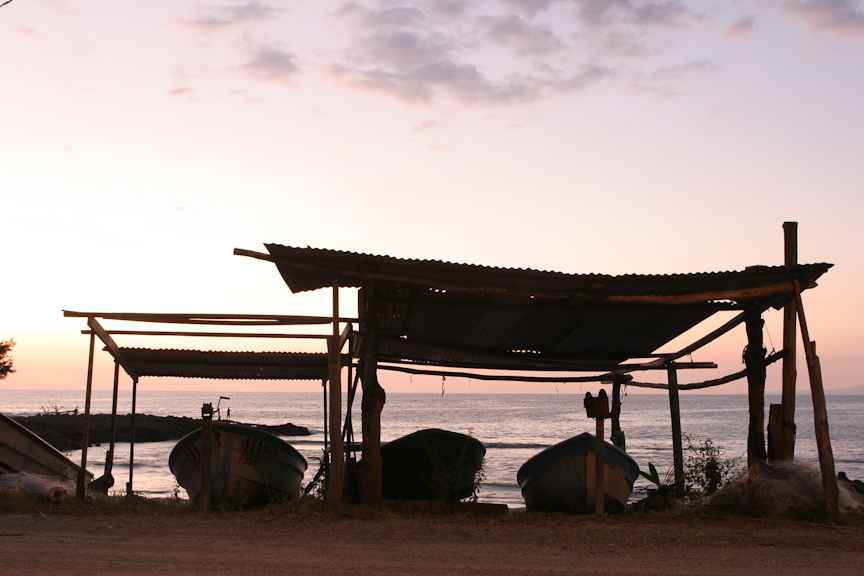 Mal Pais is a tranquil community, loosely spread out along five kilometers of road that begins at “El Cruce”, the intersection where the road from Cobano ends at Playa Carmen.

Mal Pais is the more peaceful part of the combined villages of Santa Teresa and Malpais. While in recent years Santa Teresa has seen a boom in development, Mal Pais has retained its quiet, laid-back atmosphere with large patches of unspoiled natural beauty. The coast of Mal Pais is rocky in most parts, with some bizarre volcanic formations creating fascinating scenery. Old jungle forest grows down to the shore where rocky outcroppings alternate with pockets of beaches, some made up entirely of tiny seashells.

At the southern end of Mal Pais is the small fishermen port from where boat and fishing tours go around the tip of the Nicoya Peninsula. The maritime sanctuary of Cabo Blanco protects many aquatic species, and from a boat you can watch dolphins, manta rays, sea turtles, and whales.