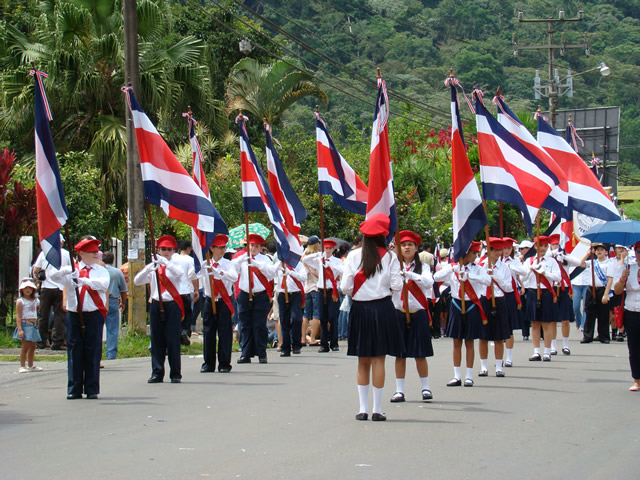 Today marks the 192nd year of Costa Rica’s independence.  On this day in 1821 after the Spanish were defeated in the Mexican War of Independence(1810 – 1821) authorities declared all of Central America independent.  If you are lucky enough to be traveling today in Costa Rica you will see the flag displayed proudly throughout the country.  Kids and adults will be marching all over Costa Rica to celebrate their 192 years of independence, peace, and democracy.