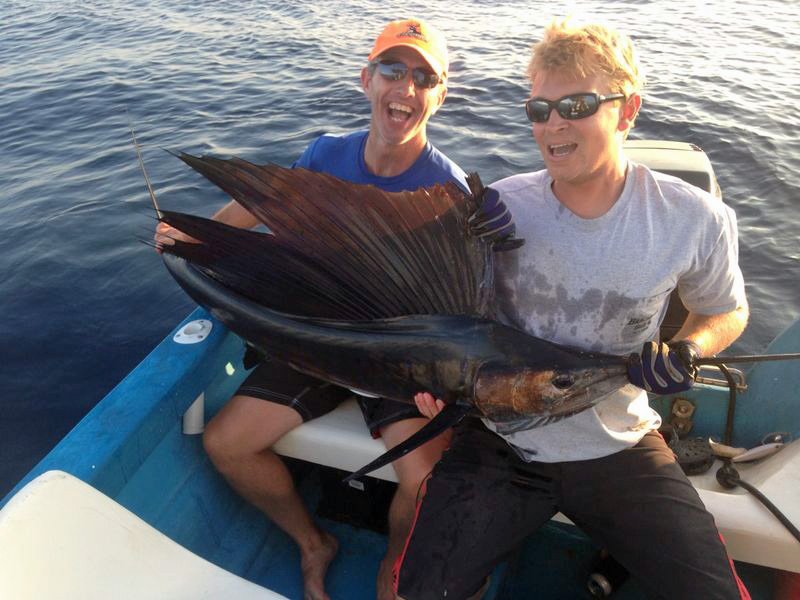 The fishing off of Costa Rica has been on fire recently!  The weekend of January 22nd produced world record numbers of fish in the annual tournament out of Los Suenos Marina near Jaco.  There were 156 anglers in the 3 day tournament and they caught and released 2,170 billfish!  11 were marlin and the remaining 2,159 were sailfish.  The amount of fish caught in the tournament is a world record and I think it will be hard to beat.

The fishing off of Mal Pais has been spectacular lately as well.  Crystal clear water just a few miles offshore is providing ideal fishing conditions.  There has been an abundance of tuna, mahi mahi, and sailfish caught extremely close to the beach.  Normally you have to run further out to sea to catch sailfish but right now they are literally just offshore.