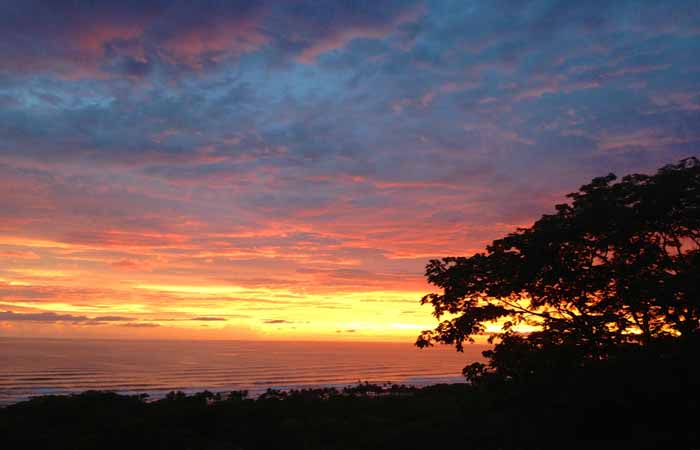 Rainforests, rainy season, tropical climate, and winter are all terms that can sound intimidating for individuals thinking of traveling to Costa Rica for the first time. Without a point of reference, hearing someone talk about “a rainy season” can sound like a period of time one should avoid. Cloud forests and rainforests, due to nature and survival shows, often conjure images of torrential and continuous rains for days or even weeks on end, but Costa Rica Beach Rentals wants to shatter those misconceptions. Any time is a good time to visit this tropical paradise, though, different parts of the year provide varying nuances and experiences. For starters, due to its close proximity to the equator, Costa Rica, especially along the coast, does not have much of a winter. The average temperature in the Blue Zone of the Nicoya Peninsula is roughly 75F year round, although traditional “winter” months do hold some significance. From early November to mid-April the peninsula rarely gets rain, meaning plenty of incredible sunshine to explore the most beautiful beaches of Latin America. Throughout the calendar year, this is generally the time that most visit the area. Winter escapees from Scandinavia, North America, and colder regions of Europe flock to the Santa Teresa area, often bringing festivals and a holiday spirit with them. Any and all stores, tours, and venues, should be open during this time of the year, dubbed by some locals, as “tourist” season.

Following the dry, sunny, tropical paradise “winter” brings sporadic showers that make this lush jungle one of the most biodiverse areas in the world. The April showers bring May flowers, just as the saying goes, bringing relief from the nearly 6 months without rain. Interesting natural events are trigger in this transition and wildlife usually ramps way up. If you’re coming for eco-tourism, this is the period of the year to visit and do all the cloud forest hikes and volcanic assents.

That small window of showers is just enough to bring things back to life for what is    known as the “mini-summer”. This dryer period, with less than occasional afternoon or morning showers, usually lasts from June to late August and coincides perfectly with North American scholastic summers. Shops and restaurants that may have taken a vacation during the April rains will return to cash in on the flocks of families as well as building surf.

This brings us to the time of year that often, and unjustly so, deters people from visiting. The “rainy season” or “low season” as some call it, lasts from September and pushes through until the first week of November. This is often a period of heavy and frequent rains, but not to the degree that nature documentaries sensationalize. Rain usually occurs daily at the changing of light, around dawn and dusk, and then usually rains for an additional hour or so throughout the day. It sounds like a lot of rain, and it is, but there are plenty of intervals of sunshine, plus this is the secret time of year that all the locals love. The “low season” is slow, with fewer tourists, less work hours, and larger swell, so this is when you can really get a true feel for the area. People in the low season tend to be more relaxed, laidback, and communal often favoring local charities and potlucks over mass late-night parties, like can be found other times of the year.

So whether you’re looking to capitalize on the big surf of the “rainy season”, the parties and beach bods of “winter”, or are squeezing in a family summer vacation, the Nicoya Peninsula something for everyone. Costa Rica Beach Rentals has something perfect for you in Mal Pais, Santa Teresa, Playa Hermosa, and more, so contact us with any questions. We’ll be happy to breakdown what to expect from the climate while you’re here and point you in the direction of all the fantastic activities that can be enjoyed while you’re here. Unlock the door, drop your things, and take a breath. Costa Rica has you taken care of. 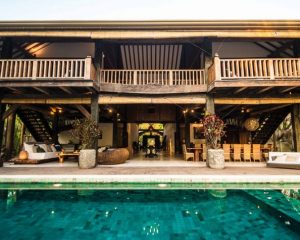 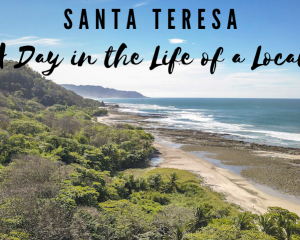 A Day in the Life of A Local

Costa Rica Beach Rentals knows that paradise isn’t just a setting, it’s a lifestyle, so tag along on a day